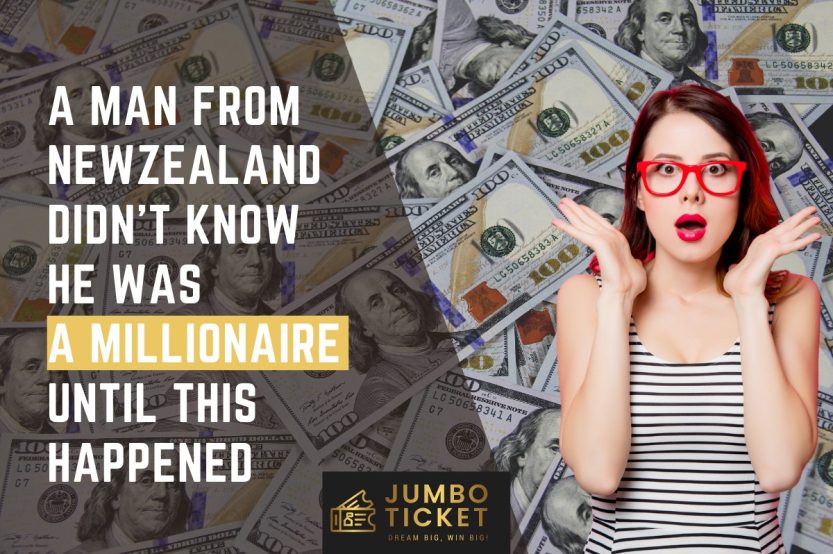 Lotteries can be fun, especially if you end up winning it gives you the satisfaction of making a few extra bucks. People are often playing lotteries as a hobby, then there are people who end up buying tickets as an impulse decision or just to try their luck.

That was the case with one such Individual from New Zealand, Lionel James Tuwairua who to his knowledge hadn’t realised that he had become a millionaire overnight.

Lionel registered on Jumbo Ticket, an international online lottery, when his aunt who loves playing lotto games had fallen ill. Buying a ticket for her and himself as she wasn’t able to from their local town lottery.

Not giving much thought to it, he had forgotten about the live draw date that was the 5th of November. Until he got a surprising phone call from his aunt who was ill, to his knowledge, out of the blue reminding him of the lottery tickets he had bought. “I checked if my aunt’s ticket was the winner, it turned out to be mine.”

“Of course she deserves this more than I do, that’s exactly who the money is going to” he said

“Lotteries can change in your favour whether you expect it or not”. Thanks to Lionel, his aunt’s dream of winning the lottery came true through him.

Lionel expressed his gratitude and satisfaction with Jumbo Ticket for making it possible for him to play and even win. “I’m a crypto investor and when I saw the opportunity, I couldn’t pass it up. It’s much quicker and safe.”

Jumbo Ticket hosts live draws every month, tickets for the three different and exciting jackpots they offer can be bought on jumboticket.com. Lotteries can be fun, they are high risk for high reward kinda games and should be played responsibly. Good Luck! 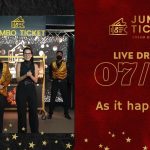 It’s always exciting, waiting to hear numbers being called out as you wait to see who the winners are, it could be you or anybody. Jumbo Tickets lottery participants definitely felt this excitement when the live draw for this month took place. Here’s a little glimpse into it. Peter and Sharon, the presenters, eased us […] 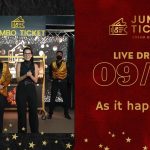 There was a high buzz among the spectators as they were getting settled to watch the Jumbo Ticket live draw for the month of September. The crowd with applause greets our hosts for tonight as Sharon and Peter take center stage. With people watching from all around the world, our hosts prepare to get the […] 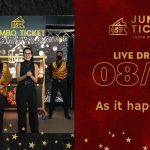 Jumbo Ticket is one of the biggest names in the online lottery world and generates many winners. Our most recent live draw was held on the 5 of August, with 69 winners taking home cash prizes. This is not new to users as each live draw produces the same number of winners on the 5th […] 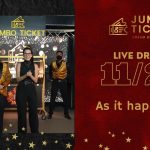 Jumbo Ticket, being one of the best International online lottery sites, creates many winners across the world each month. Here, we have our most recent Live Draw event, which occurred on the 5th of November, 2021. As our hosts Sharon and Peter were present on stage to lead the Live Draw program, the audience was […]